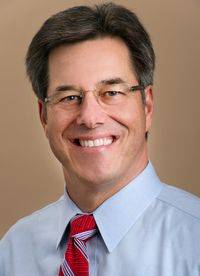 Dr. David Miller is a Georgia native, where he attended the University of Georgia and Young Harris College.  He received his Doctor of Optometry degree from the Southern College of Optometry and graduated with honors as a member of Beta Sigma Kappa International Optometric Honor Fraternity. He was also recognized by the Gold Key International Optometric Honor Society.  Dr.Miller is proud to have served as a lieutenant optometrist in the United States Navy.

Dr. Miller's affinity for optometry began as early as elementary school, where  he recalls a third grade classmate who had a learning disability.  After working with an eye doctor, this classmate was surprised at what he was now able to see...leaves, trees and the chalkboard!

Having been in practice for over 30 years, Dr. Miller considers it a privilege to make a difference in people's lives on a daily basis. Proper vision correction can boost self esteem in youth and provide relief from eye strain as we age.  Many times, vision examinations have resulted in the early diagnosis of life and vision-threatening conditions, such as diabetes and glaucoma.

When not at the Miller Vision Specialties office, Dr. David Miller enjoys snow skiing, boating, golf and spending time outdoors.  He is active in his church serving as a shepherding elder and a member of the Prayer Team.  Drs. Sally and David Miller have two fantastic sons, Charles and Steven.

***All office phones are switched to voicemail after 5pm daily